USM is now a Mikrotik Academy 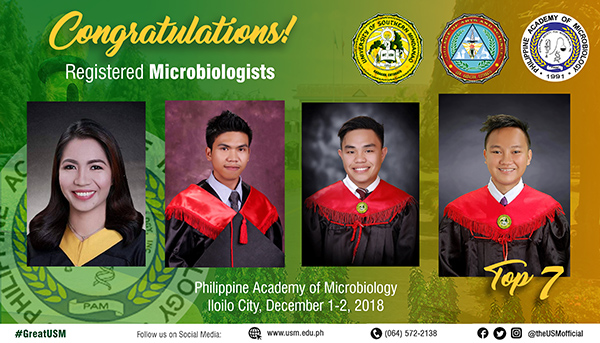 As announced by the Philippine Academy of Microbiology (PAM), 70 exam takers passed the certification exam held on December 1 and 2, 2018 in Quezon City and Iloilo City. They will be joining list of registered Microbiologists certified by PAM.

This recent success reflected the efforts exerted by the Department of Biological Sciences of the College of Arts and Sciences. The BS Biology program of USM was awarded the Center of Development status by the Commission on Higher Education.