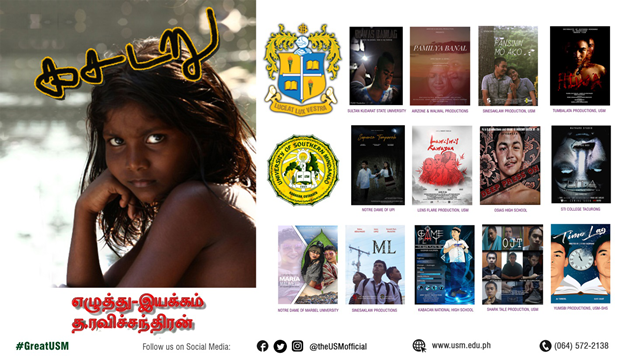 A group of filmakers from Loyola College, Chennai, India has joined the 9th Lantaw Short Film Festival of University of Southern Mindanao. This Indian film joins 13 other short film entries competing this Saturday, May 11, 2019 at the USM Gymnasium.

“Kasadaru” is making history as the first international short film entry in the nine year history of Lantaw. “This came as a surprise, and a good one at that,” said Mr. Lloyd Anton Von Colita during the interview.

Mr. Colita is Lantaw’s executive director who founded Lantaw Short Film Festival in 2009. “We started with only 4 films. All written and directed by talented USM students. Then we grew into a 6-film festival. But, to have an Indian film this year is really an achievement in itself. But let us not forget that we have 13 more short films from different high schools, colleges, and universities in Mindanao, as well. We are expecting for the grandest festival ever,” said Colita.

The screening and awarding will be happening this Saturday where a total of 18 awards is set to be given away. Audience members will also be given the chance to win in the raffle draw and witness a band performance courtesy of Outcast Band PH