The organic and halal formula to a happy skin 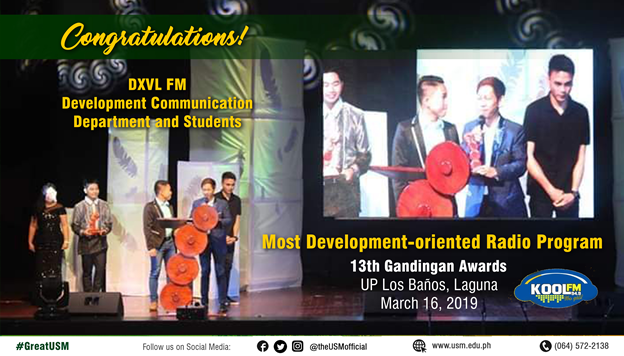 Gandingan Awards is organized by the University of the Philippines Commuity Broadcasters’ Society (UP ComBroadSoc). For 13 years, the Gandingan continues to recognize outstanding media practitioners and stations who have promoted development-oriented issues in their respective programs. With the theme: “Midya at Bayan: Malaya, Mulat, at Matapang”, Gandingan’s nominees were carefully screened by a panel composed of professors and students from different organizations and colleges in UP.

This year’s awards night was attended by local and national media such as ABS-CBN, GMA, PTV, and DXVL among others.