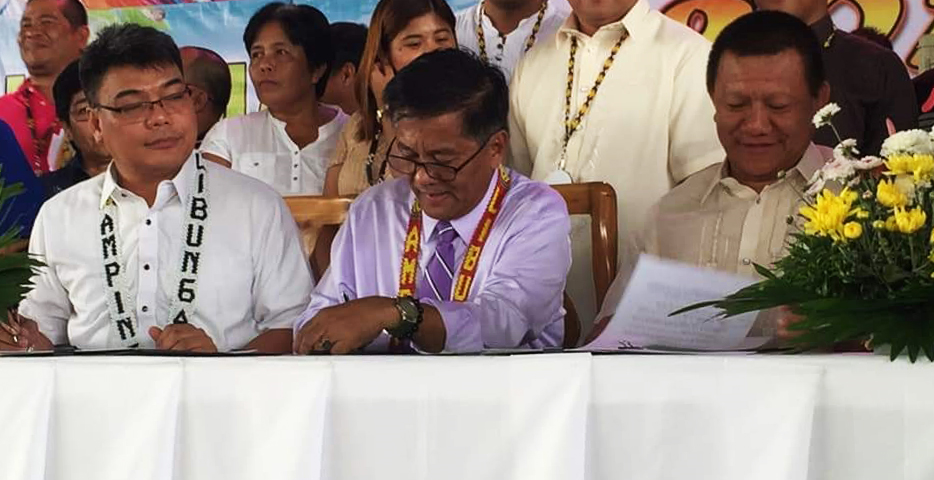 Dr. Garcia stressed in his speech that there is no longer any reason for underprivileged students in Libungan and neighboring towns to study because aside from free education, USM has brought its services closer to them to provide quality education for the next generations.

In a separate meeting with the first batch of USM Libungan students, Dr. Garcia challenged them that no one should be left behind, never give up amidst all the challenges they will encounter while studying, and all of them must graduate.

Mayor Cuan is confident that the opening of USM-LC will bring huge impact in the future especially in the town’s economy. He is also positive that in the coming years, there will be an increase in the number of students enrolled in the campus. Despite the limited time, the LGU is commendable for its fast construction of four airconditioned classrooms located inside the old gymnasium. These will serve as the initial classrooms of the students while the LGU starts to develop the 5 hectare land in Barangay Montay which will be the official campus of USM Libungan.