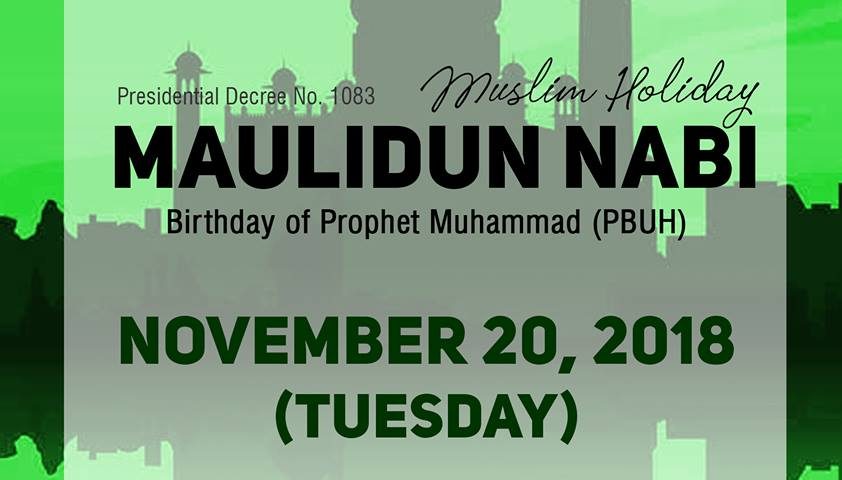 MUSLIM HOLIDAY. As announced by the National Commission on Muslim Filipinos (NCMF) and under Presidential Decree No. 1083, Maulidun Nabi or the birthday of Prophet Muhammad (PBUH) is a legal Muslim holiday. This year it will be observed on November 20, 2018 (Tuesday).

All government officials and employees shall also be excused from reporting to office in order that they may be able to observe Muslim holiday.