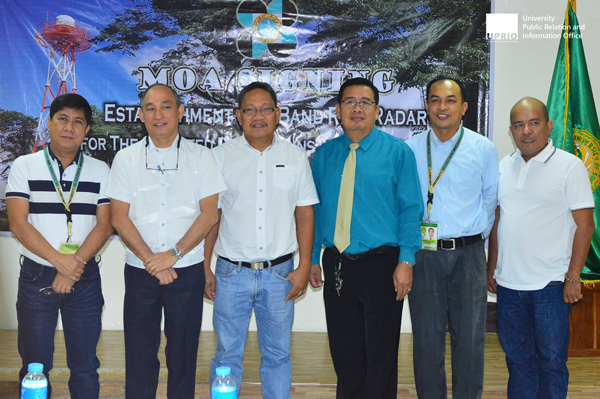 USM, Kabacan – A Memorandum of Agreement (MOA) signing was held between the University of Southern Mindanao (USM) and Philippine Atmospheric Geophysical and Astronomical Services Administration (PAGASA) on November 22, 2018. USM and PAGASA agreed on the establishment of an x-band rain station as an early warning device system for flash floods.

In his speech, VP Dapun welcomed the MOA signing noting that a lot of people could benefit from this project especially that USM would soon be one among the six radar stations in the country.

Engr. Willie Jones B. Saliling, HR director, lauded the effort as it would enhance our capability to forecast flooding in the area.